How the Saudi-led coalition uses French weapons to starve millions of civilians in Yemen. 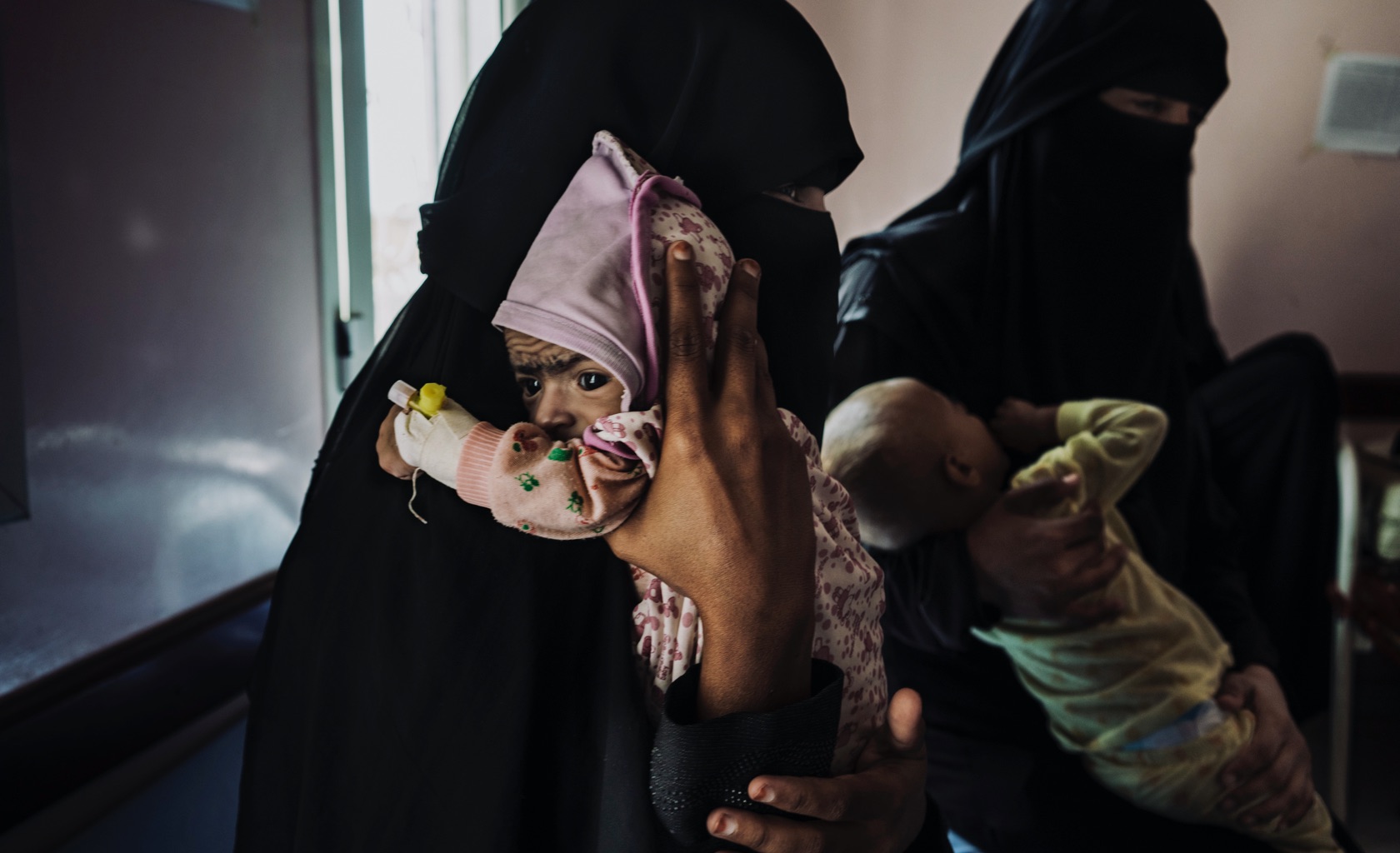 For the past four years, an Arab coalition led by Saudi Arabia and the United Arab Emirates has been carrying out daily bombing missions in Yemen. Using information sourced from the Yemen Data Project (see note at bottom of page), we have analysed the details of 19,278 aerial bombing raids recorded between March 26th 2015 and February 28th 2019.

The results: these show that 30% of the bombing raids were against civilian targets. The intent of the coalition was clearly to destroy infrastructures that are essential for the survival of Yemen’s population of 28 million people.

A total of 1,140 bombing missions targeted agricultural production and the country’s food and water supplies, including farms, markets, fishing boats and reservoirs of drinking water. That figure places the food sector as the third most important military objective for the Arab coalition, behind military targets (4,250 raids) and inhabited zones (1,883 raids).

These bombings have greatly contributed to creating in Yemen the worst humanitarian crisis seen anywhere in recent history. According to the United Nations (UN), no less than 80% of the country’s population are in need of urgent food supplies.

Our investigation reveals a deliberate strategy of causing famine in Yemen, a war of starvation led by Saudi Arabia and the United Arab Emirates (UAE) with planes, guided bombs and navy vessels ‘Made in France’. Since the beginning of the conflict, the coalition has enjoyed with the unwavering diplomatic support of the French government.

"Using starvation of civilians as a method of warfare may constitute a war crime."

The coalition has bombed 659 farms in Yemen since 2015. Most of the targets are situated in the north-west of the country, where the Houthi rebels are based.

There is no doubt that these sites were deliberately targeted. According to the UN Food and Agriculture Organization (FAO), just 3% of land in Yemen is arable, and of that percentage just 1% is farmed on a permanent basis.

The aftermath of an aerial bombing raid on January 3rd 2016 which decimated a dairy herd on a farm in Bajil, in the western Yemeni governorate (province) of Hodeidah.

Most Yemenis live in rural and mountainous areas, and about 70% of the total population depend upon local markets for their daily food requirements.

The coalition forces have bombed 218 food markets. In remote regions like the north-west governorate of Hajjah, inhabitants depend entirely on these markets for their food supplies. Now they have become highly dangerous sites for thousands of people.

On January 6th 2018, a series of air raids devastated a fruit and vegetable market in the north-east governorate of Saada. No military forces or weapons were located in the market, nor any of the sites nearby.

A total of 138 air raids targeted sites involved in the production, storage and transport of foodstuffs, including grain and flour silos, fruit and vegetable stocks, bottling plants and bakeries.

Photo of the aftermath of the bombing of a wheat storage facility in the Red Sea port city of Hodeidah Photo : Lorenzo Tugnoli

On October 17th 2017, a refrigerated storage facility for fruit and vegetables in Saada was destroyed by a bombing raid.

Damage caused by a coalition air raid on a food processing plant in Dhamar, a governorate under Huthi control.

Coastal areas have also been the target of repeated coalition bombardments. Fighter jets, together with weapons launched from Saudi and Emirati warships, have attacked villages, ports and fishing boats.

At least 222 boats have been destroyed both at sea and in bombings of ports along Yemen’s Red Sea coastline, while 35 small fishing boats were also destroyed. Fish markets have also been targeted by coalition raids.

On February 13th 2019, a small fishing boat close to the Yemeni coast was struck by a missile.

The war is putting fishermen at risk. Only a few of them continue to venture along the coast. Photo: Lorenzo Tugnoli

Out of a total of around 7,000 fishing vessels, 4,586 have halted all activity according to Yemen’s fisheries ministry.

The civil war in Yemen has caused the collapse of the country’s economy. Since the start of the conflict, the average price of food has risen by 150%, while fuel prices have leapt by 200%. This huge rise in costs has had dire consequences for agriculture, transport, electricity and water supplies, and upon people’s health. 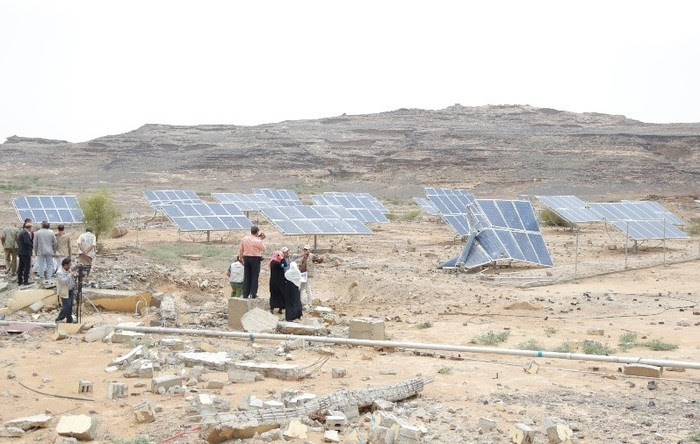 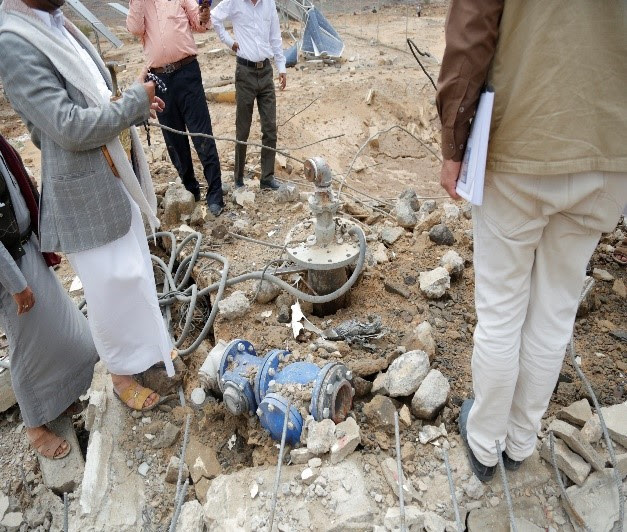 A large water supply plant created by the United Nations Children’s Fund, UNICEF, in the Nushour area of the Saada governorate, has been bombed by the coalition in three separate air raids, disabling it and cutting off the supply of drinking water to about 10,500 people. 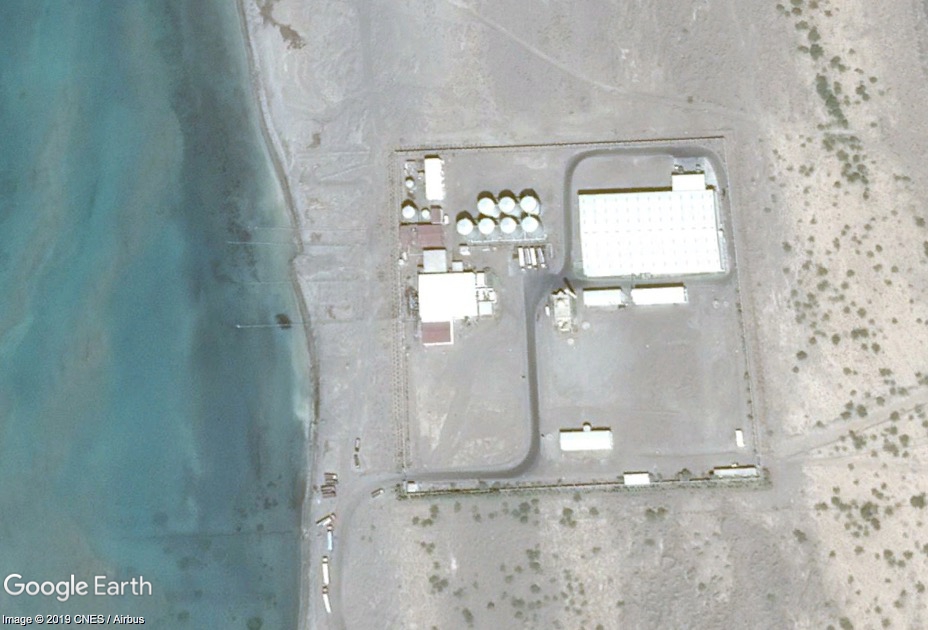 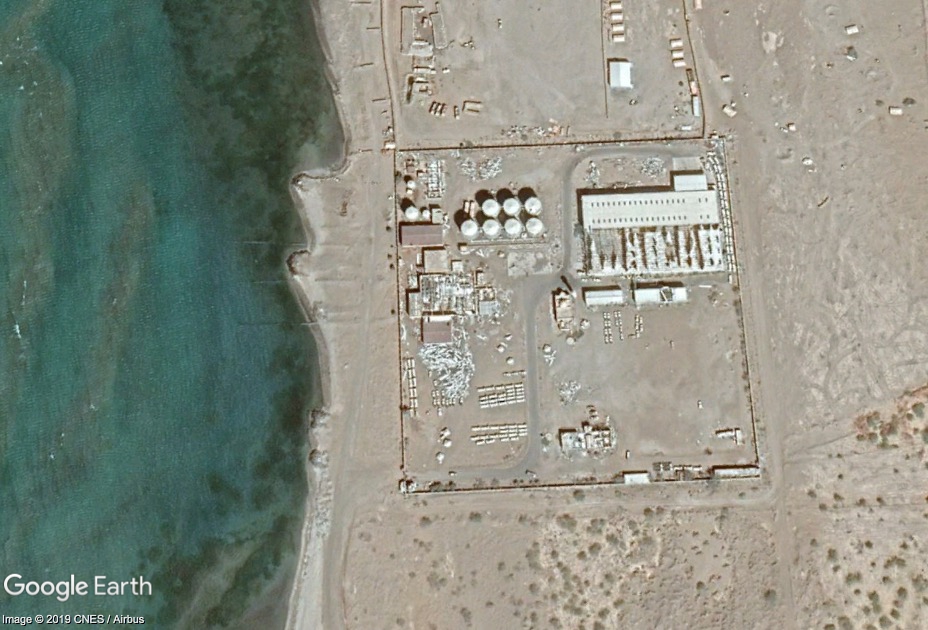 A coalition strike on January 8th 2016 targeted a water desalination plant near the south-east port city of Mocha which served the local coastal population.

In 2019, the UN estimated that 16 million Yemenis did not have access to drinking water. The crisis has led to a widespread cholera epidemic in the west of the country.

Since October 2016, there have been 2,906 recorded deaths from cholera. The World Health Organization (WHO) estimates that more than 1.1 million people are infected with the disease.

"We are losing the fight against famine."

In the coming months, 14 million people in Yemen are at risk of becoming trapped in a situation of “pre-famine”. Over the past four years, an estimated 85,000 Yemeni children have died from hunger or illness.

The strategy of starvation is also practiced at sea. Since April 14th 2015, the date when the UN adopted a resolution for an embargo to be placed on weapons supplies to Houthi forces, warships of the coalition led by Saudi Arabia and the UAE have imposed a maritime blockade in the Red Sea. This does not respect the terms of the UN resolution, because it includes systematic interceptions of cargo shipments heading for Yemen. As a result, there have been significant delays in humanitarian aide supplies reaching the country. Delays have also been caused to shipments of vital commodities reaching the port of Hodeidah, Yemen’s principal maritime hub for imported goods.

Collapse of the activity of the port of Hodeida between June 2017 and June 2018.

"[The UN] Strongly condemns the unlawful denial of humanitarian access and depriving civilians of objects indispensable to their survival, including wilfully impeding relief supply and access for responses to conflictinduced food insecurity in situations of armed conflict, which may constitute a violation of international humanitarian law."

Through its air attacks and maritime blockade, the Saudi-led coalition has a heavy responsibility for the humanitarian crisis in Yemen. But the Houthi forces also have a part of the responsibility. The UN accuses them of hi-jacking food aide destined for the civilian population, and also of targeting food stocks.

“It is a humanitarian crisis the likes of which have never been seen before,” said French defence minister Florence Parly, speaking about the crisis in Yemen in an interview with French news channel BFM-TV on October 30th 2018. “It is a priority for France that humanitarian aide can get through,” she added, in a stern tone.

But at that very moment, Florence Parly was aware of the use of French-made weapons in the Arab coalition’s maritime blockade of Yemen-bound cargo in the Red Sea and which is starving the civilian population.

This investigation includes data sourced from several entities monitoring the crisis in Yemen. One is the Yemen Data Project, a not-for-profit initiative set up in 2016 to provide independently researched facts and figures about the unfolding war in Yemen, including unbiased data relating to the coalition’s bombing campaigns. The information it receives is studied and compared against other data collected by the NGO Armed Conflict Location & Event Data Project (ACLED).

Other data cited in this investigation comes from publicly accessible information provided by the UN Food and Agriculture Organization (FAO), the World Health Organization (WHO), and the Integrated Food Security Phase Classification (IPC), a body partnered by UN agencies, governments and NGOs to provide analyses of situations of food insecurity and malnutrition. 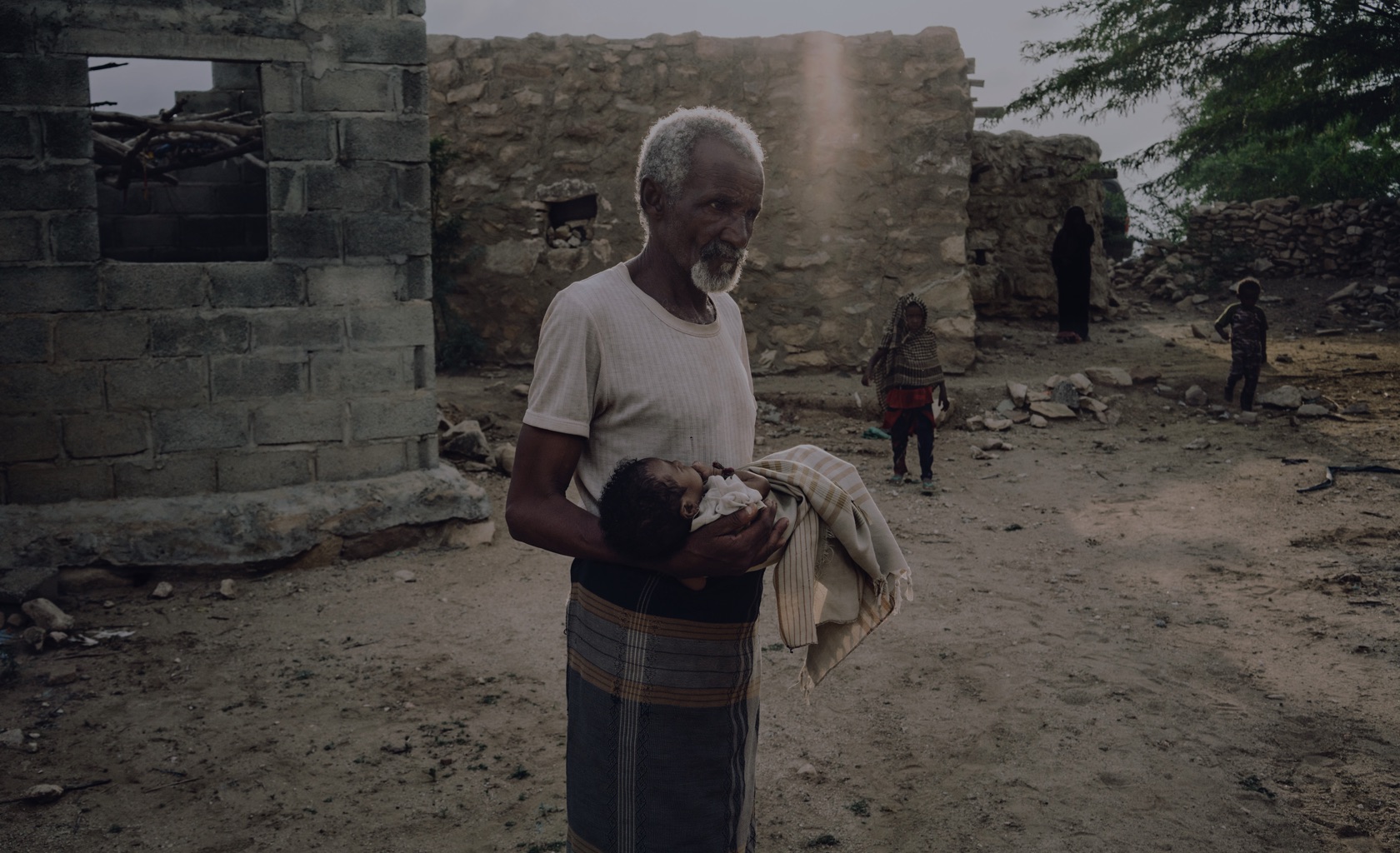